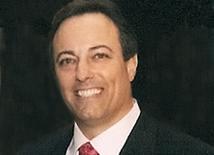 WASHINGTON (Dec. 31) - There's a big change coming for pregnant women: Down syndrome testing no longer hinges on whether they're older or younger than 35. This week, the American College of Obstetricians and Gynecologists begins recommending that every pregnant woman, regardless of age, be offered a choice of tests for this common birth defect.

The main reason: Tests far less invasive than the long-used amniocentesis are now widely available, some that can tell in the first trimester the risk of a fetus having Down syndrome or other chromosomal defects.

It's a change that promises to decrease unnecessary amnios - giving mothers-to-be peace of mind without the ordeal - while also detecting Down syndrome in moms who otherwise would have gone unchecked.

The new guideline is published in the January issue of the journal Obstetrics & Gynecology.

About one in 800 babies has Down syndrome, a condition where having an extra chromosome causes mental retardation, a characteristic broad, flat face and small head and, often, serious heart defects.

Age 35 was always a somewhat arbitrary threshold for urging mothers-to-be to seek testing. Yes, the older women are, the higher their risk of having a baby with Down syndrome.

But it's a gradual increase in risk - from one in 1,200 at age 25 to about one in 300 at age 35. Nothing suddenly changes at the 35th birthday. Indeed, because more babies are born to younger women than older ones, women under 35 actually give birth to most of the nation's children with Down syndrome.

"It's clear there's no magic jump at 35," said Dr. James Goldberg of San Francisco Perinatal Associates, a member of the ACOG committee that developed the guideline. "We've done away with age 35 because the screening tests have gotten much better."

It's not just a question of whether to continue the pregnancy. Prenatal diagnosis also is important for those who wouldn't consider abortion, because babies with Down syndrome can need specialized care at delivery that affects hospital selection, he added.

The original age-35 trigger was chosen years ago when doctors had less information about the risk of Down syndrome, and the only choice for prenatal detection was an amnio, using a needle to draw fluid from the amniotic sac, he said. Amnios are highly accurate but were reserved for women at higher risk of an affected pregnancy because they occasionally cause miscarriage. A study this fall put the miscarriage risk at one in 1,600 pregnancies, far lower than previous estimates.

Also today, women have more options. Doctors already frequently offer younger women blood tests that don't definitively diagnose Down syndrome like an amnio or a similar invasive test called chorionic villus sampling - but that can signal who's at higher risk.

The newest method, topping ACOG's recommendation for everyone, is a first-trimester screening that combines blood tests with a simple ultrasound exam, called a "nuchal translucency test" to measure the thickness of the back of the fetal neck.

Studies from England, where the nuchal translucency combo has been used for about a decade, and the U.S. conclude that screening method is more than 80 percent accurate, with a very small risk of falsely indicating Down syndrome in a healthy fetus. It is performed between 11 and 13 weeks into pregnancy, and women are usually given numerical odds of carrying an affected fetus.

A woman determined to be high risk then still has time for an invasive test to tell for sure.

Women who don't seek prenatal care until the second trimester can still undergo blood tests known as the triple or quadruple screens.

The guideline also says women of any age can choose to skip the screening and go straight for invasive testing, an approach that might appeal to those with chromosomal defects in the family.

"This new recommendation makes a lot of sense," said Dr. Nancy Green of the March of Dimes. "Maternal age no longer plays such an important role because the screening is better."

Each test comes with pros and cons, and the new guideline advises doctors to check what's available in their communities - nuchal translucency testing isn't easy to get everywhere - and discuss the best options with each patient.